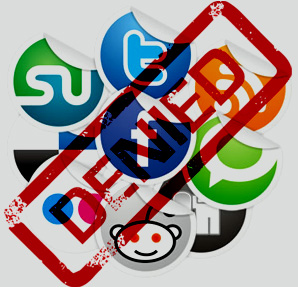 The other day I was talking to a potential client about all the services and solutions we could provide to his company that had been hit hard by negative SEO this summer.  The discussion took a different turn and became very personal at one point, when the client mentioned he had done his research on ME personally to see if he would be interested in doing business with Misfit Interactive.

Immediately my mind began to race: “Oh no, have I posted anything inappropriate recently?” “Did I use bad language?” “Did I complain about my work??”

Fortunately for me, I try to keep my personal social networks proper and classy enough that I don’t really have to worry about offending anyone.  Let’s face it, no one wants to deal with the opinions of the internet, anyway.

Ultimately, the client told me specifically that he decided to use my services simply because of how good of a heart he could tell I had by some of the things I posted on Twitter (he mentioned reading about my family pet that went through a tragic ordeal).  THAT was his deciding factor on choosing my business over thousands of others out there.

Another local example here in Adams County, PA is of a school board official in a local school district who posted very strongly opinionated videos on YouTube (I hadn’t actually seen the videos).  The school board official wasn’t doing anything particularly wrong, but publicly voicing his strong opinions for parents and teachers to discover only led to drama and a call for him to step down.  There were public meetings and outrage at his refusal to step down, so he eventually had to give in, and essentially he lost his job because of his personal YouTube channel.

So there is something to be said about keeping your business in mind at all times, even on your personal social media accounts.  Whether you are looking for a job or pitching to clients, your personal accounts will be looked up and there’s nothing you can do to stop that (without setting them all to private).  If a client wants to find out information about you personally, they will.  Use all opportunities, including social networking, to not only attract, but to convince new clients that you will give them the attention and quality of service they want and deserve.  It’s one more avenue of marketing that some companies overlook.

View all posts by Crystal Groves

One thought on “How Personal Social Media Accounts Affect Your Business”

This site uses Akismet to reduce spam. Learn how your comment data is processed.

Have a project in mind? Don’t hesitate to reach out to us today! Let’s talk.

Call us for more information at: